Cannabidiol, better known as CBD. Nobody could have guessed the growth the Swiss CBD hemp industry is currently experiencing when it was first legalized in Switzerland in 2011. It started slowly, until 2016 hardly anyone was active in the retail trade. This year, however, there was an enormous increase in demand. Since the beginning of this year, there has been a strong increase in demand for Swiss hemp-based products. This is especially true for CBD extracts such as CBD oil, CBD tinctures, capsules, hemp flowers, etc. where the demand is growing extremely throughout Europe and worldwide.

The Swiss CBD hemp industry is now open for trade

When Switzerland started to allow its citizens to grow and use hemp for the production of THC-poor and CBD rich oils, there was little local demand. Sure, people flocked to their local dispensary, but it did not have the supply they have today.

The CBD Hemp industry is on a growth path 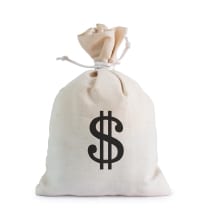 When other countries lifted their product bans in 2016, business suddenly took off. From five producers at the beginning of 2016, the number of producers rose to 400 by 2017. CBD hemp-based medicines have become a trend throughout Europe. Some estimates assume that the industry will grow by a total of 700% to USD 2.1 billion in 2 years. As the first advanced economy in the field of CBD cultivation, Switzerland was ready to take over the industry. Today, some of the early investors in the Cannabidiol business, other developed economies of the world, such as France, the United Kingdom, and even the United States, have started to earn serious contributions.

Werner Bosch is the first businessman to grow CBD hemp indoors. It is only fitting that his company has become one of the best known CBD hemp oil producers in Switzerland. He reports that he can sell 20 kilos of Cannabidiol oil per month. The cellar of his Zurich house serves as his main cultivation area. His approach differs from more industrial growers like KannaSwiss because he wants to keep his plants indoors. This way, he says, is a more economical approach to Cannabidiol cultivation.

The sudden growth of the industry of Swiss CBD Hemp has led to the creation of many new jobs. From technical positions such as researchers and chemists to business and marketing personnel. Also with social media managers, the job market in the industry has both volume and breadth. If you want to enter the industry, there is undoubtedly a position that matches your skills.

How does it serve two markets?

The health benefits of CBD rich hemp oils for users are often discussed, but not very well documented. This is due to the fact that in most countries it was extremely difficult to research and experiment with the product due to its former illegal status. However, the recent liberalization is bringing new data every day to support the decision to legalize Swiss CBD hemp products.

Studies, albeit still at an early stage, have shown that CBD has a multitude of positive effects on users. It kills cancer cells, prevents neurological diseases, lowers blood pressure and effectively numbs pain. All this while maintaining homeostasis in the body.

Perhaps one of the most overlooked aspects of the industry is that it can also care for your beloved pets. Dogs are specially catered for by the CBD hemp industry. Many Veterinarians are also already involved. They prescribe CBD to man’s best friend for injuries and complaints such as sprains and broken bones. It also helps with other more serious illnesses that are common in dogs. An important example is an arthritis, weakened immune systems. Researchers also have the task of finding out how CBD hemp affects diseases like diabetes and cancer in our pets.

Adam Smith’s invisible hand of capitalism was busy with the newly flourishing CBD hemp industry and its products. Investors are willing to finance growth to secure a lucrative piece of the proverbial cake. At the moment everything boils down to the fact that the industry is flourishing and offers market participants more room for entry and competition. The discovery of new markets alongside leisure users is also good news. All this paints an attractive picture of growth for the hemp industry as a whole.

10% OFF your first order uWeed’s new CBD Shop: one step closer to the right products for you

Move over chocolates: Swiss cannabis is about to take over